Mastopexy, or breast lift, is a procedure used to reposition the nipple to a more aesthetic location on the breast by reshaping the mammary gland and removing excess skin from the breast. 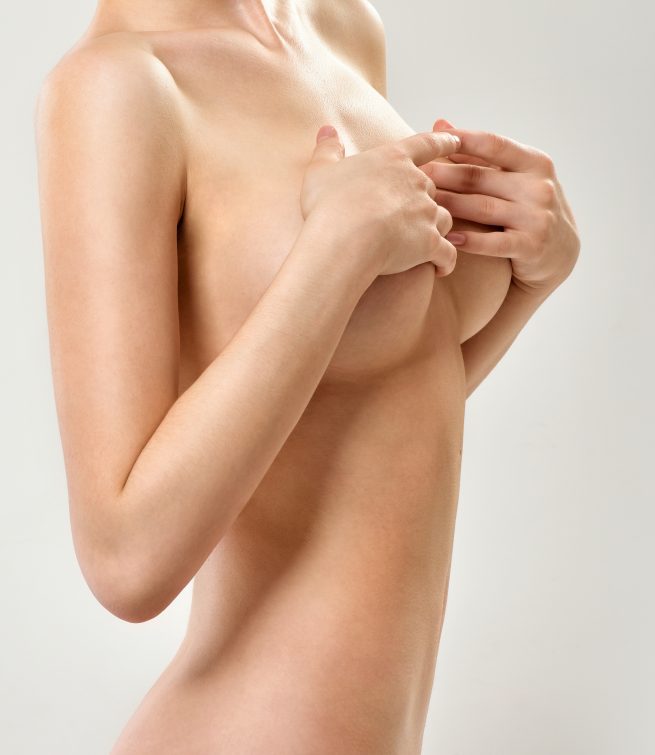 Conduct of the Procedure

Ptosis is the technical term used to describe a breast with a downward-pointing nipple. It can be caused by different factors, especially age, weight loss, pregnancies, and gravity and its natural effects.

The evaluation appointment is the moment where the patient can ask questions and have a physical examination. A mammography and some other tests may be requested before the surgery. In general, this surgery is more indicated when the patient is finished having children and her weight is relatively stable.

It is normal to feel some pain after the surgery, but it is generally of short duration (a few days). The patient will have her breasts covered by dressings, and showers will be allowed once they are removed. It is strongly encouraged to gradually return to an active lifestyle, even though six weeks are necessary before strenuous physical activities can be resumed. Wearing a bra is recommended for comfort, but underwire bras must be avoided.

Hematoma: • A build-up of blood that may appear within a few hours to several days after the surgery. Although rare (less than 5% of all cases), in the vast majority of cases, another surgery is needed to treat it, and a temporary small drainage tube is installed as well.

Infection: two types are found. A superficial infection found around incisions is called cellulitis. It is easily treated with antibiotics. The second type, called abscess, is an infectious collection. Another surgery is needed to treat it, and a temporary small drainage tube is installed as well.

Dehiscence: a wound disruption after a surgery. This complication is relatively common, especially after a major breast reduction. In general, dehiscence is a minor problem that has no consequences, only causing a few days delay in complete healing of wounds.

Asymmetry: may occur after a surgery, but it is hardly noticeable in most cases. It is more frequent in patients in whom an asymmetry was already present before the surgery.

Fat necrosis: occurs when a part of the fatty breast tissue has died. This is a minor complication potentially characterized by nodules which can be felt under the skin.

Nipple necrosis: the most feared complication by surgeons. It corresponds to the death of all or some of the cells in the nipple and the areola. It is extremely rare (less than 1 % of all cases). Nipple reconstruction is needed when necrosis occurs.

Decreased nipple sensation: may occur as a result of the irritation of the sensitive nerves during the surgery. It is usually temporary. A permanent loss of sensation is extremely rare.

Scarring: a hypertrophic (thick) scar may occur. It can be treated after the surgery.

Ptosis recurrence: unfortunately, patients still feel the effects of aging and gravity after the surgery. Mastopexy is not permanent.

Strictly speaking, mastopexy is not a procedure intended to increase breast volume. Whenever possible, it can be combined with breast augmentation.